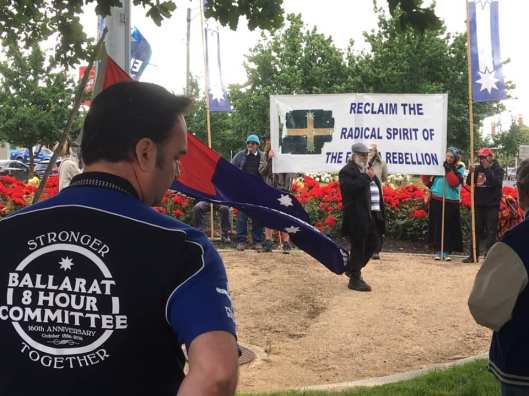 This anniversary commemorative event started in 2002 after Joseph Toscano and partner Ellen Jose visited Ballarat in 2001 and found there were no official events organised for the anniversary. Reclaim the Radical Spirit of the Eureka Rebellion was born.

I have participated since 2002, although missed the event in 2015 and 2016 due to attending United Nations Climate Change Conferences in Paris, then Marrakech. Attending Eureka has become entwined in my life. I have a picture of my two year daughter with a friend on the Stockade monument from 2002. When she was eight she used to keep pace with the march on a scooter.

Did I mention anniversary events are organised from 4am to 10pm, some 18 hours. Of course not everyone lasts the distance and people are free to attend all or part of the collection of events through the day.

It starts with a 4am Dawn vigil at the Eureka Stockade Monument. Joe Toscano gives an overview introduction and then in true democratic fashion the microphone is passed around the group for everyone to explain why they have attended, and what Eureka means to them. This sharing under the stars of the Southern Cross is a pretty powerful moment, although we had heavy cloud on Monday.

Why the microphone? Because the Dawn vigil is broadcast live and live streamed on Melbourne Community radio 3CR.

Around the monument are banners and lanterns prepared by veteran social justice campaigner Graeme Dunstan. He was also a pivotal organiser during the 150th anniversary commemoration organising the very successful Dawn lantern walk that traced the route the trropers took that fateful morning from the Police camp to the Eureka lead diggings and the stockade.

After the Dawn vigil there is a communal breakfast at the BBQ next to the memorial hall. Then a short break before marching to Bakery Hill.

Bakery Hill was the site of monster meetings in 1854, where crowd discussions and decisions were taken, leaders appointed. In the 1970s the site was marked for development by McDonalds. It was the BUilders Labourers Federation who stepped in with a black ban that stopped this development that would have destroyed such a pivotal historic site.

The Eureka Australia Medal awards are given out in a ceremony at Bakery Hill. The award is for people unlikely to receive other awards who have worked tirelessly in the best tradition and spirit of Eureka in social campaigns and activism. It is recognition and thanks for their ongoing grassroots activism. It is their work as catalysts that bring about transformative change, although they are seldom recognised for their tireless efforts. Samantha Castro was one of the seven well deserving activists to receive the award this year.

Yes, I have received this award in a past year, and have nominated others.

After Bakery Hill the March proceeds through the Ballarat shopping mall up Sturt street to Ballarat Town Hall. The Eureka Flag is one of three flags on the Town Hall, but it has never flown on the top flagpole, even on the annniversary of Eureka. In some past years the Council has organised an official Eureka Flag raising ceremony on the anniversary on the flagpole opposite the Town Hall. I remember my daughter helping former Mayor Cr Judy Verlin with one of these official Flag raising ceremonies. But on Monday there was nothing, a Christmas banner flew from the flagpole rather than a Eureka Flag. This is really sad to see given Ballarat Council uses a stylised version of the Eureka Flag as part of their logo.

Outside the Town Hall there was an Opportunity for stump speeches. Only a few speeches this year, but I stepped up with a brief comment how Ballarat Council has become a climate leader being the 4th Australian municipal council to declare a climate emergency and start to incorporate climate emergency planning in their Council Action Plan. Why can’t they also embrace the importance of commemorating the pivotal historic events that were a defining moment in the history of Ballarat, Victoria, and Australia?

And bye the bye, 500 Ballarat school students participated in the #climatestrike on the previous Friday, evidence of the mood for action on climate in this regional city.

A visit to the old Ballarat Cemetery with the Digger and Soldier memorials is important to pay respect to the dead, those who fought and died for our human rights and liberties. You can read on the monuments the schism in the interpretation of events that lead to the massacre of Eureka. About 30 bodies are interred in the communal grave, but it is thought that as many as 50 people died. With martial law declared many of those severely wounded were hidden, and quite a few died from their wounds in subsequent days and quietly buried.

You have to remember the storming of the Stockade was planned by the police, free beer distributed the night before, and attacking before dawn on the sabbath. Many of the initial deaths of Diggers were the pikemen whose valiant effort gave precious time for many to escape or hide. Within 15 minutes the battle was over, but the state police continued with an orgy of death, burning and looting not only within the Stockade but up to 3km around the Stockade for 2-3 hours. It was a brutal massacre. Although you find there are only male names on the monuments, there is evidence that at least one woman died in the massacre.

Within a year the 13 men tried for high treason were all acquitted by juries in Melbourne. All the demands of the Ballarat Reform League were won barring yearly parliaments.

It is a long march back to the Eureka Centre, but stopping at Ballarat Trades Hall for lunch is a welcome reprieve. This is the second oldest Trades Hall in the world, tracing its establishment to just 4 days after Melbourne Trades Hall was established. Ballarat has a proud union tradition, and also a strong tradition in the social solidarity of Friendly Societies (a history which has been largely neglected).

The last part of the March ends at the Eureka Centre which’s hosts the remnants of the Eureka Flag, and also features interpretative displays. A cafe is also part of the centre. The flag has its own history, and its restoration comes after a sordid history where it was hidden from view for many years, and used to cut pieces from to give to visiting dignatories as a momento. But it is still powerful seeing the flag remnants there, sown by the women of Eureka from petticoat material.

The final event is dinner at a local pub, with entertainment and socialising, and a guest speaker. This year the speaker was Anne Beggs-Sunter, the foremost living historian on Eureka, who talked about and paid tribute to two Eureka historian who died in the past year: Bob Walshe and John Moloney.

We were treated to some songs by our West Papuan friends who regularly attend, by the Bard who travels from the Jenolan Caves to attend and performed his iconic ballad: The Pikeman’s Dog. This year they also performed a newly composed song in remembrance of Ellen Jose, Joe Toscano’s deceased partner and one of the key initiators of the commemoration. A very moving performance.

At the end of the night Joe cajoled the pub waiting staff, and chefs to come out and be thanked by us all. A little touch of human dignity for those who waited and served us.

So why do I go? Because it is inspirational, it recharges my batteries to continue largely un-thanked community activism for another year.

So who wants to put December 3 in their diaries for visiting Ballarat next year?

Another event with author Clare Wright:

Many thanks 🙏🏻 to @anthony_camm and all at the Eureka Centre (formerly MADE) for hosting the Peter Tobin Oration last night. It was an honour to deliver the oration on the 164th anniversary of the Eureka Stockade (formerly the Ballarat Massacre). ⭐️ #democracy #rightsandliberties pic.twitter.com/9CKZQ19cjz

On the march to the cemetery

Flowers for the fallen

Flowers for the fallen 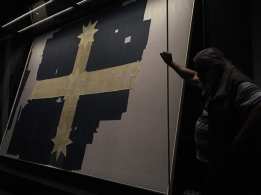 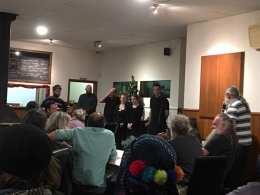 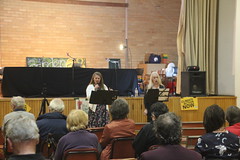 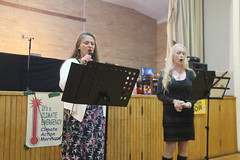 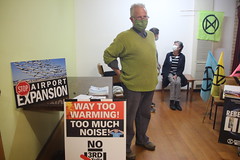 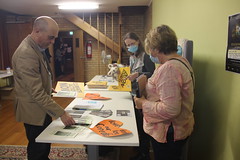 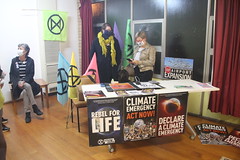 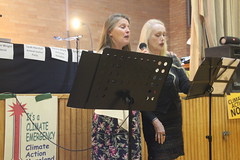 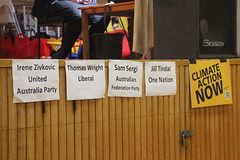 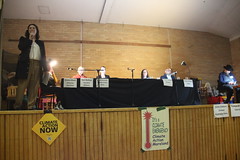